June 06, 2020
About a week and a half after Danielle passed away, I got a huge surprise.  I was told Josh and I were invited to our friends Matt and Megan's for dinner. I was pretty excited about that. I enjoy visiting with them.  I had school work to do before I could do anything and I was going to the school library to do it. We were living with Josh's grandma for a little bit transitioning from an apartment to a house.  So while I was at the school, Josh went and ran some errands.  I just thought he was keeping himself busy while I got school work done.  When I was done with school, he picked me up then we went to a tattoo shop where Josh got a tattoo done in his armpit. He got the cervical cancer ribbon. The reason he chose his armpit is because he said Cancer Stinks! 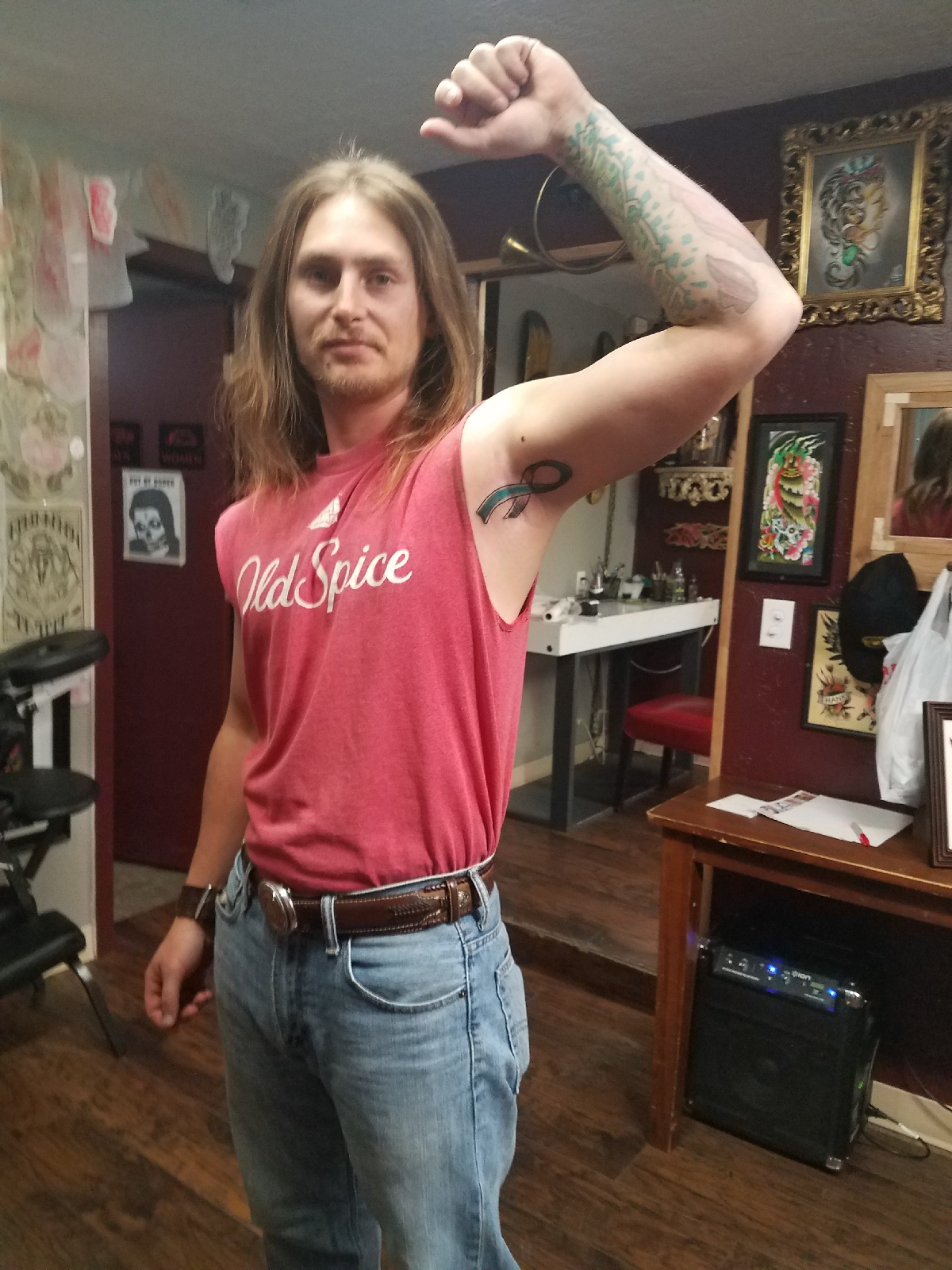 After his tattoo, we had some time to kill before we headed to Matt and Megan's. Josh told me they had errands to run and they would let us know when they were home and we could come over. Earlier in the day, I had accidently seen a text to Josh from Megan that said "Does Amanda know she's coming over for dinner?"  I thought, oh no, I wasn't supposed to know about dinner.  Josh told me it's because they got me a present for being in remission and he wasn't supposed to tell me.  Anyway, we finally were able to head over to Matt and Megan's. When we entered their neighborhood, Josh had me put a blindfold on. He said my present might be in the driveway and it's a surprise. He told me he was jealous.  I had no clue what was coming. I didn't even think to guess, I just went with it.

Once we pulled into the driveway, Josh led me into their house, into the living room. Once in there, Megan told me I can remove the blindfold.  Surprise!!!  They had thrown me a surprise Fuck Cancer party!  It was amazing and wonderful! I have the bestest friends. I love them so much.  They had invited my family, Josh's family, all my friends. It was the best day.  Danielle was also planning the party with them before she passed away. She was going to make her lemon cupcakes.  Toni had the recipe and ended up making them. They were amazing.

Here are some pictures from the party: 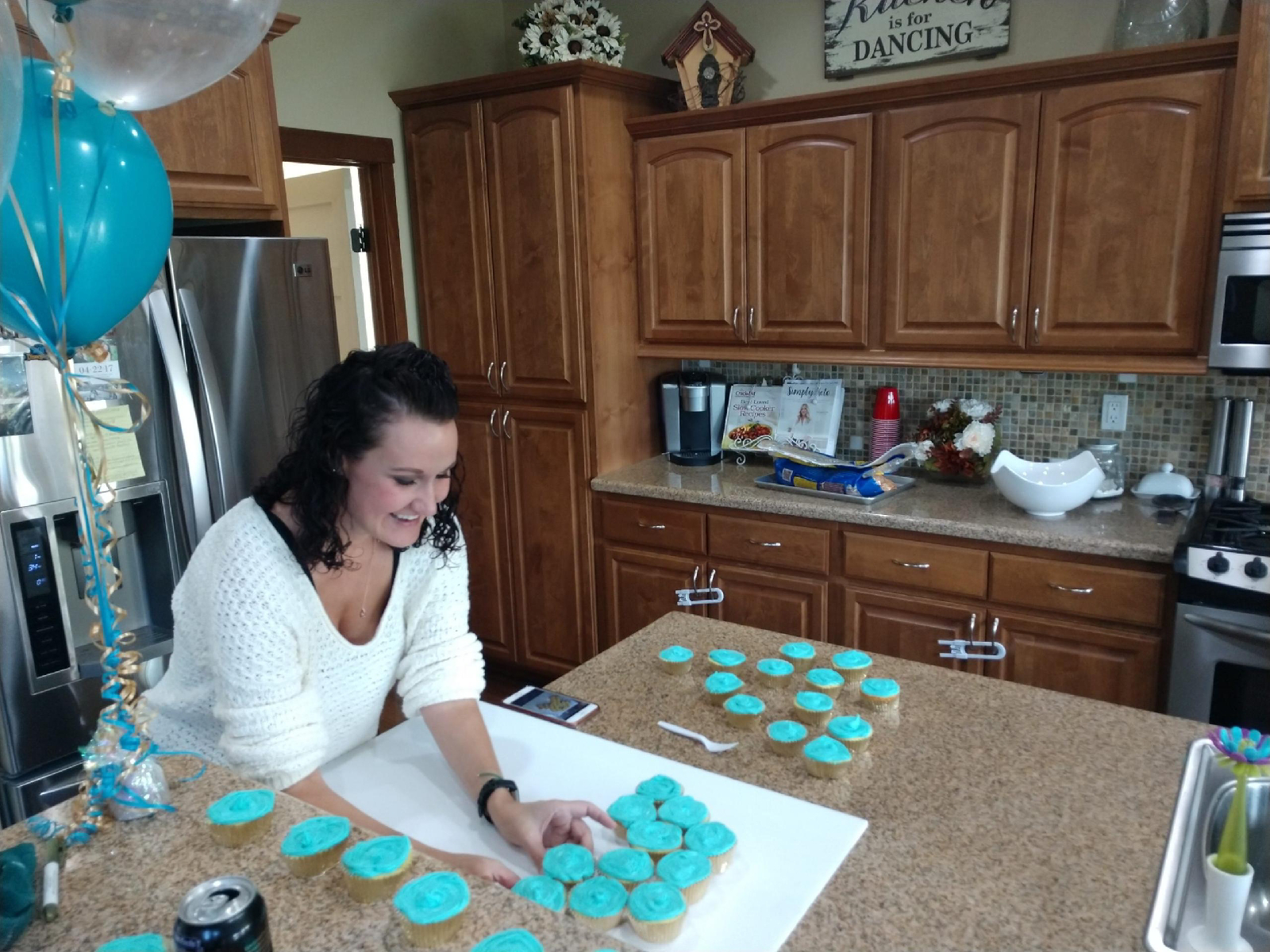 Toni putting together the cupcakes 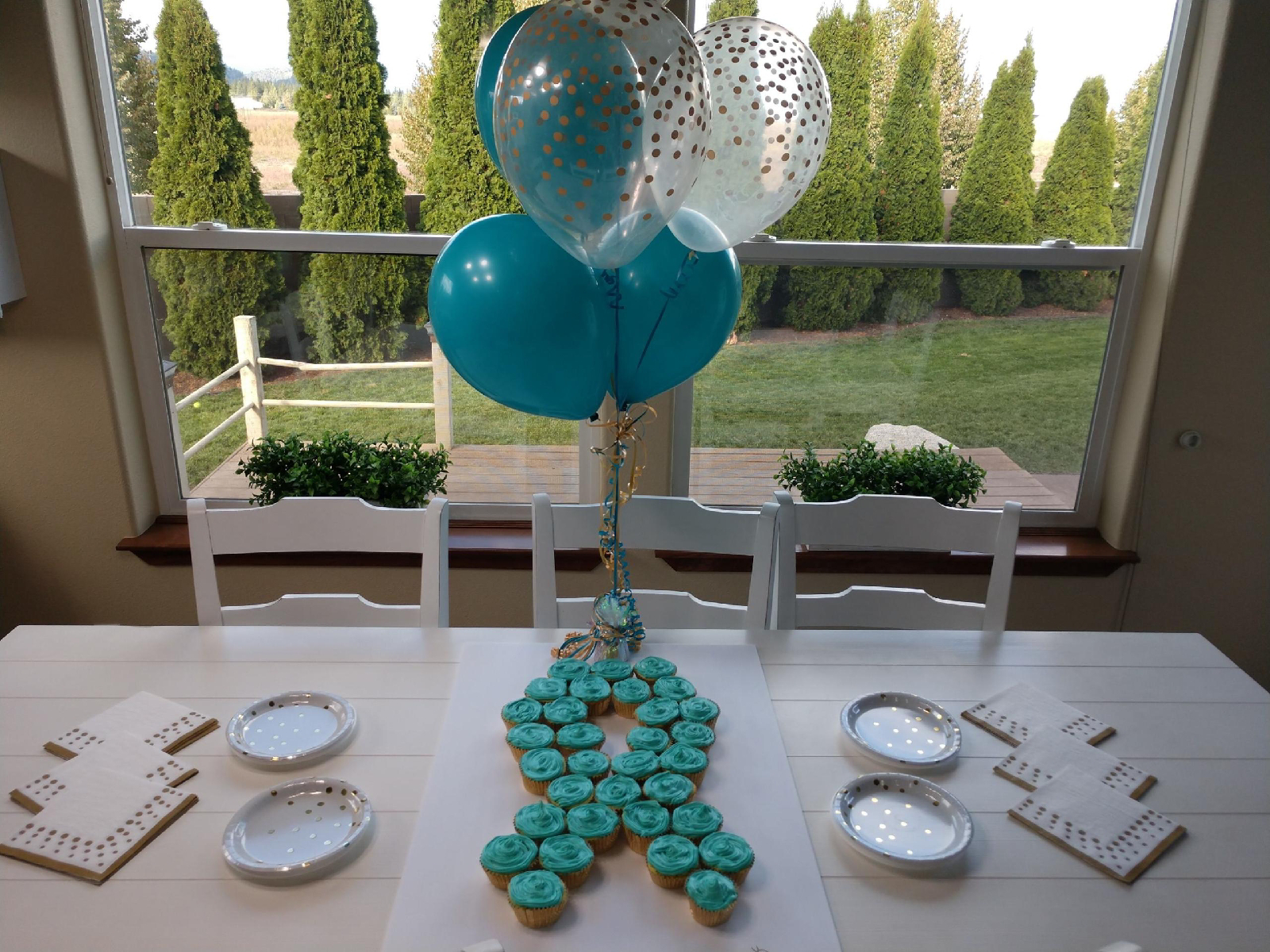 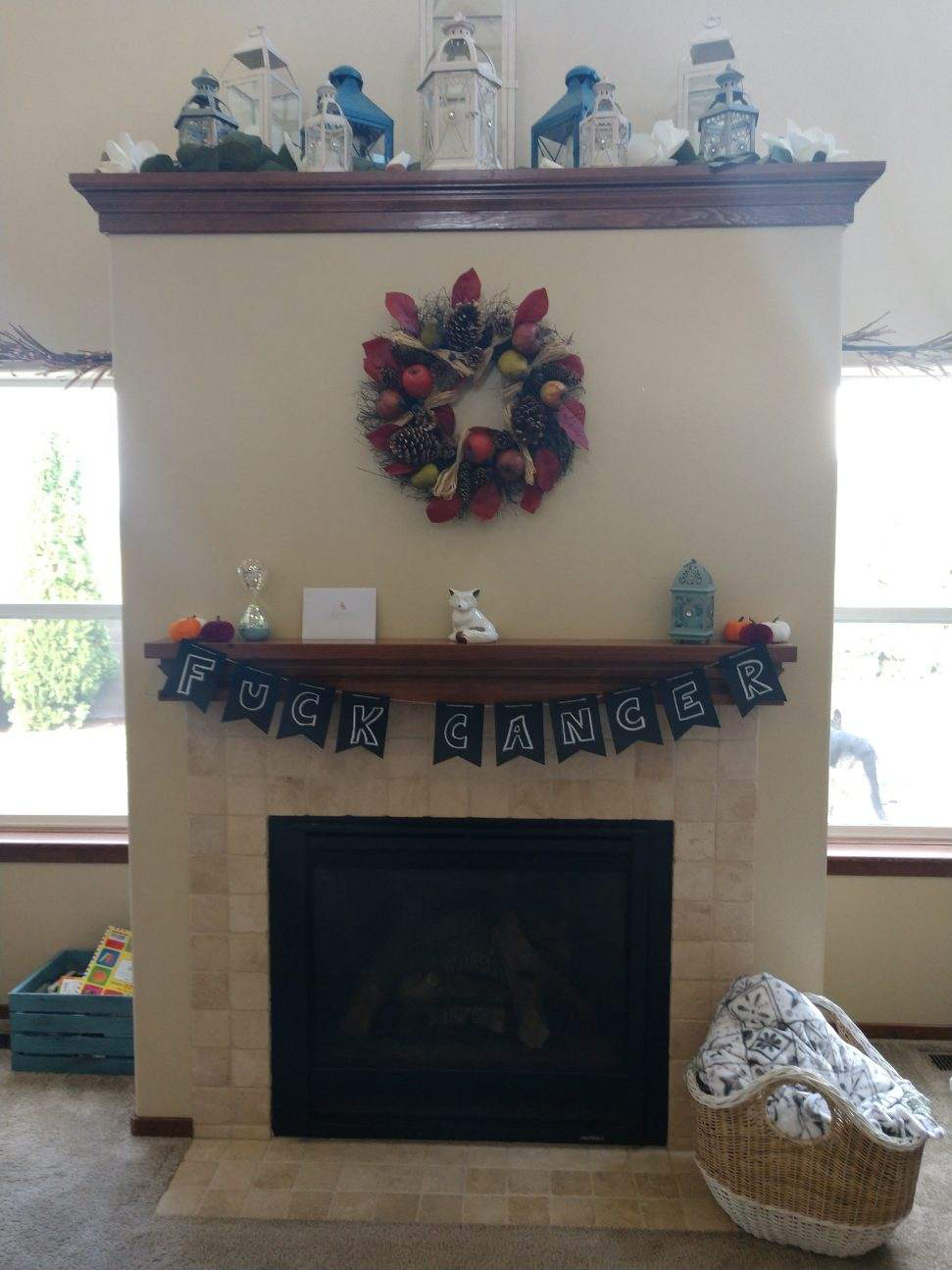 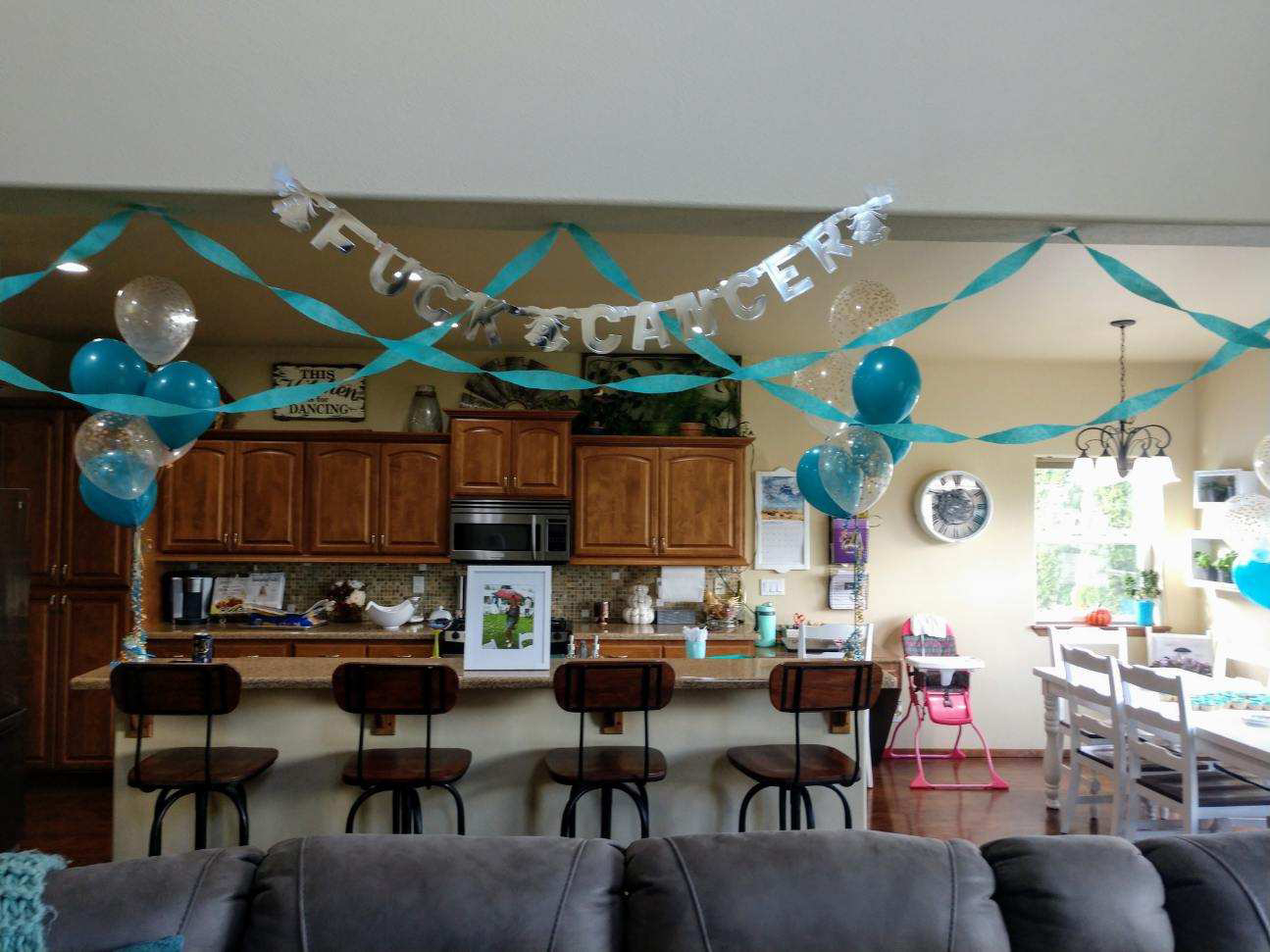 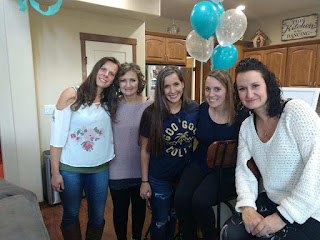 Alicia, Alita, Nicole, Me and Toni 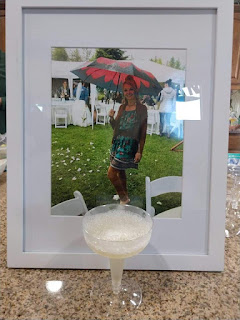 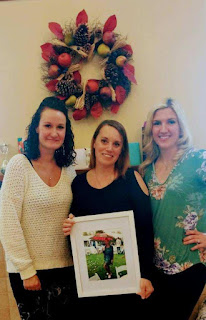 Toni, Me, Megan and Danielle 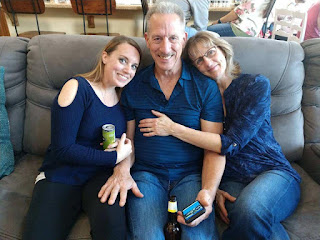 Me, My dad, and my Stepmom Diane 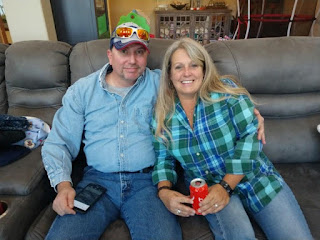 My mother in law Julie and her boyfriend Shawn


That wasn't the only surprise for me that day. After we ate, we had champagne and Megan started a toast. She had the most beautiful words to say to me that made everyone cry. Then she handed the toast off to Josh.  I immediately knew something was up. My dad and stepmom had their phones out and were recording.  I thought, no way is Josh going to propose. But sure enough he did! He proposed with a ring pop!  That is so him!  I said yes! After 10 and a half years together we are finally engaged!  We don't plan on getting married super soon. Maybe summer 2021. I don't know. What a special day. I will never forget it.  Here are some pictures from the proposal: 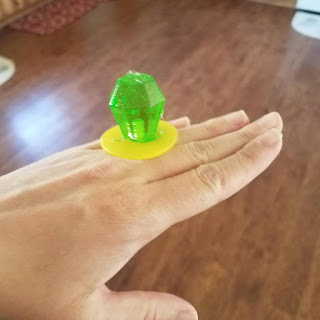 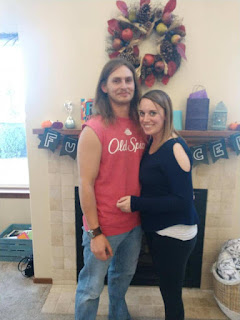